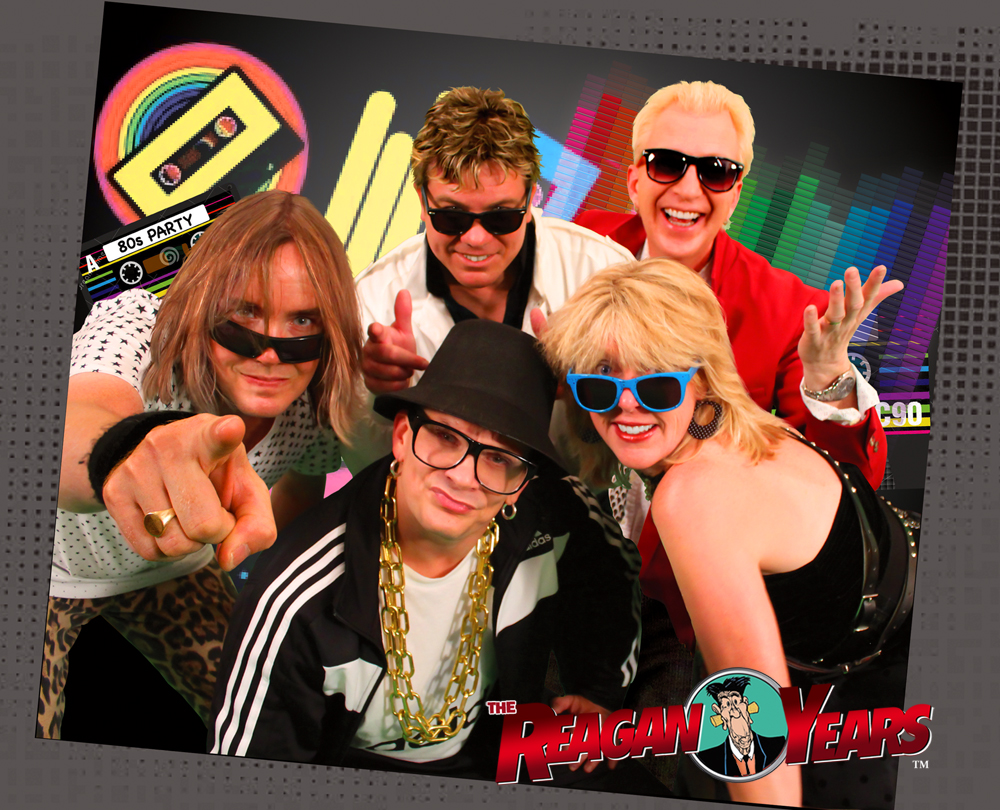 The Reagan Years is one of the HOTTEST 80’s cover band in the US!  You will swear you’ve gone back in time…  They have been rock’n sold out crowds throughout the East Coast and entertaining corporate events as far away as Hawaii and foreign countries such as Spain, Germany and Panama.

The Reagan Years recreates the sounds of the 1980s; Five talented musicians with five diverse vocal abilities enables this group to replicate uncanny versions of the Pop, Rock, New Wave and Heavy Metal hits of the M-TV Era. Bon Jovi , Madonna, Devo, Joan Jett, Def Leppard, Duran Duran, Billy Idol, Journey, Modern English, Guns ‘N Roses, A-Ha and ZZ-Top, the band covers all the mega-artists! You will sing along to every song! Since 1996,