It’s The Party Of A Lifetime!

The entertainment package at the All American Inaugural Ball is out of this world!  AAB has been a standout Inaugural Ball for decades, and this year it is shaping up to be better than ever.

The All American Inaugural Ball, at the Hyatt Regency Capitol Hill, is a toast to American culture, featuring a stellar lineup of special guests and talented artists, which represent the energy and promise of America.

Tickets for this magical evening include all food and beverage, plus FIVE party rooms with nonstop entertainment and FOUR dance floors… not to mention several strolling entertainers, celebrity speakers and interactive attractions.

The entertainment lineup is subject to change. 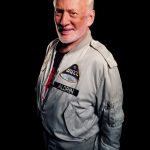 Buzz Aldrin grew up in Montclair, New Jersey. His mother, Marion Moon, was the daughter of an Army Chaplain and his father Edwin Eugene Aldrin was an aviation pioneer. Buzz graduated one year early from Montclair High School and he attended the US Military Academy at West Point, graduating third in his class with a… 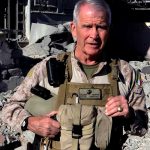 Oliver L. North is a U.S. Naval Academy Graduate, a combat-decorated U.S. Marine, the recipient of the Silver Star, the Bronze Star for Valor and two Purple Hearts for wounds in action.  From 1983-1986 he served at the U.S. Government’s Counter Terrorism Coordinator on the National Security Council Staff.  President Ronald Reagan described him as… 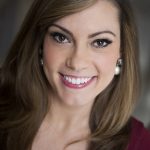 Lisa does it all.  She is a frequent Fox News Channel contributor where she demonstrates an ability to succinctly drive a message and win a debate. She’s been featured on Lou Dobbs Tonight, Cavuto on Business, Varney and Company, Fox and Friends, CNN’s New Day and many other news media platforms. Lisa is also the… 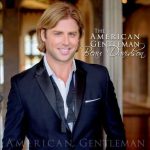 Beau Davidson is a Nashville-based Emmy-nominated singer, songwriter, and actor. Born in Memphis, TN, he was educated and vocally trained at Northwestern University. Beau has received two Emmy nominations for his patriotic song and video “Blessed,” dedicated to men and women in uniform for their ultimate sacrifice. Beau performed the song on The Bold and the… 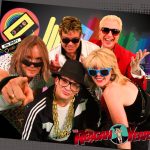 The Reagan Years is one of the HOTTEST 80’s cover band in the US!  You will swear you’ve gone back in time…  They have been rock’n sold out crowds throughout the East Coast and entertaining corporate events as far away as Hawaii and foreign countries such as Spain, Germany and Panama. The Reagan Years recreates… 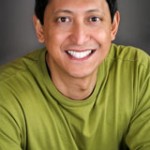 Comedy star, Dan Nainan, will perform double-duty at the Ball. He will introduce the performers on the main stage throughout the evening… then he’ll have the masses rolling as he performs a Late-night Comedy Show! Dan has entertained crowds all over the world. He has appeared on network television, in a feature film, on radio…

Let’s MIXX it UP!  The Mixx is the Mid-Atlantic’s hottest Party Band! The Mixx is a live playlist of the biggest hits of the past 5 decades! Dance and sing to the sounds of Bruno Mars, Elle King, Boston, Usher, Miley Cyrus and The Beatles. 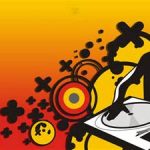 Set your feet free and dance like no one is watching.  DJ Freedom get you in the mood to celebrate!  With a deep catalog of tuned from all genres, DJ Freedom will be taking requests and spinning all your favorite dance tunes. 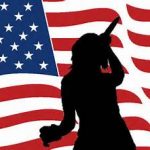 Enjoy a spectacular sound and light show, and non-stop entertainment, in this fabulous American Hero Ballroom.  We will have a stacked program as two-time Emmy nominee, Beau Davidson headlines five hugely talented bands and DJs, playing a mix of popular music.  The American Hero Ballroom will also host the show-stopping, and inspirational Hero Awards Ceremony. 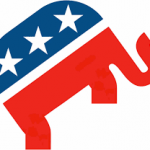 If popular, high-energy music is your thing, than the Red Elephant Dance Club is where you’ll spend much of the evening.  Two super-DJs will take turns spinning the hottest dance tunes of today.  Trust me, you are sure to burn some big time calories! 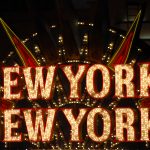 Grab a dirty martini Frank Sinatra and Dean Martin style & head in to the New York New York Lounge!  Swing the night away and listen to your favorites from the Rat Pack & other great entertainers from the Vocal Jazz era. 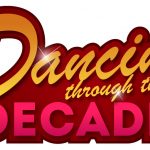 Let’s go retro! This retro-themed club ballroom celebrates America’s musical evolution over the past few decades.  Some of the most talented DJs on the East Coast will transport you though time, as they spin the greatest hits from the ’70s, ‘80s, ‘90s and 2000s. Music, light shows and decor are showcased throughout the space, sparking…

You will be bursting with pride with this  emotional and uplifting tribute to the All-American Heroes.  This show-stopper is sure to be a highlight of the evening. 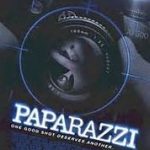 Be a star at the All American Inaugural Ball.  Get your photo taken Hollywood-style in the Paparazzi Shoot Zone.